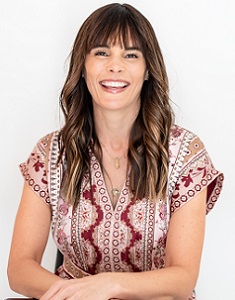 Brooklin Rayne is an intuitive channel and a member of the Christos ascended master collective. She has experienced many incarnations with the Sophia Christ collective, Lyran Sirian Whites, Oraphim, Ancient Pleiadians, and Hathors. Through her diamond sun crystal structure, she assists humans to return their original divine blueprint combined with their Christos template, allowing a fuller embodiment of the I AM presence and Unity consciousness.

As an original seeder of both humanity and of Gaia’s many elemental resources, Brooklin works to assist in repairing and rebuilding the portals, frequencies, grids, and meridians of both the micro of humanity and the macro of Gaia. As an enlightened teacher of Christ consciousness in many lifetimes both on Earth and throughout the multiverses, Brooklin channels the wisdom and living light transmissions from many multi galactic Christ collectives. These transmissions and wisdom come through as spoken words, light language, and light frequencies.

Brooklin received a B.S in hotel and restaurant management from The Pennsylvania State University and an Associate’s degree in culinary arts from The Culinary Institute of America. She spent over 15 years as a Chef Creator and concept owner before moving into her training at The Institute for Integrative Nutrition as a holistic health coach. Today she incorporates her understanding of food, meditation, quantum energy and spirituality to assist Individuals in their healing processes of the physical, emotional, mental, and spiritual bodies.